Driving along this morning, listening to Dennis Prager. He had a man call in and say that he he was thoroughly dedicated to seeing John McCain and Sarah Palin get elected.

BUT--This dedication had lost him some friends--who were going to vote for Obama.

I have relatives who have drank the Kool-Aid. Their emails are now blocked, and the phone does not get answered if their number appears on "Caller ID"

First, I grew to the age of 14 being overweight. No one wants to be seen with the fat kid, so I learned to be alone.


Third, this isn't just a chess or video game. This is for your life. I do not want to be parked in some Projects, because Obamassiah has friends who want my property.
No one knows where this asshole was born, and he sure as hell won't tell you. He is probably not even a citizen--but that doesn't matter to the Worshippers.
He has associated with a violent unconvicted felon-William Ayers.
His cousin in Africa--who he campaigned for on U S Taxpayer money --locked his opponents in churches, then set the churches on fire. If a person was able to escape the building, Obama's cousin's followers were waiting outside to hack them to body parts with machetes

So--If you say you are for Obama--look for me to shun you, and give you no aid, comfort, or conversation.

IT IS A MATTER OF SURVIVAL.
Posted by xroadcop at 7:12 PM No comments: 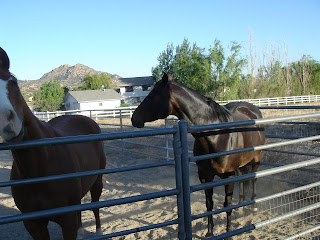 There are people who regard nimals as "A PRODUCT"

The horse Racing crowd is especially guilty of this. And, if their PRODUCT doesn't return profits, that PRODUCT is eliminated like you would throw away an empty milk carton.


The photo is of my horse, who I regard as my children. I could not sell them, or even give them away, and if they got sick or injured, they would get vet care.


OBAMA rwegards the US working class as a PRODUCT. That is it--just like a race hose.
And, Liberal Oregon and California have passed assisted suicide laws "To east the suffering of those who are terminally ill".
BULLSHIT!

Liberals always sell their defective ideas with the idea that comapssion is attached.

What this is going to moorph into is that Government Health Care--remember, Libs since Hillary have been tring to put that on us--will be found to "Cost too much", (LOOK AT HAWAII)and the "Dead weight" will be eliminated.
Posted by xroadcop at 5:42 AM No comments: