The general response: AWW-- the police officer should not have shot him!

O K lets look at the other options--

--- Ignore the call, with the logic that "This guy is only hurting himself".
PENALTY-- The cops shoulda done SOMETHING!

---Respond and wait the guy out. And then he either kills himself or someone else.
PENALTY-- The cops shoulda done SOMETHING!

---Let the guy get close to you and reason with him.

PENALTY... This officer tried that 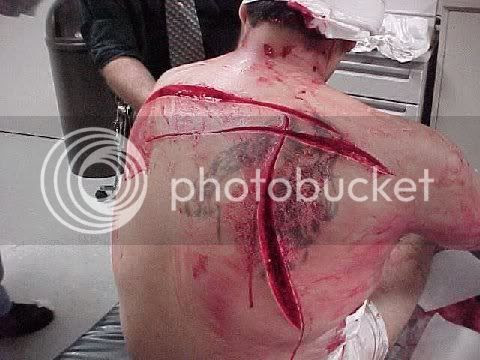 The Incident that generated this observation:

JARRETT is driving the wagon ( to Hell)

Though I can NOT find the quote on Google, Bill Hemmer on FOX NEWS this morning quoted Valerie Jarrett as saying in an interview yesterday that "WE are going to grind this thing (Obamacare) out" .

Translation: She will not let Obama or anyone else make Obamacare any more people friendly.

Now, some may have awakened from a slumber and determined not to be so low information.

So far, Jarrett (Obama's Chief White House Advisor/dictator) has ordered:
--That no aid go to U S Citizens under attack in Benghazi


My perspective is that shortly after Obama's election in 2008, various writers conferred the title "Slumlord" on Jarrett.

When you are a slumlord, the people who rent from you do not have much of a choice about their conditions. They get their welfare checks, pay the slumlord, and keep quiet. That is what she is used to.

What I don't think she is aware of is that U S Citizens can be pushed so far--then resistance begins.
The resistance I see today is that only 106,000 people have signed up for ObamaCare

The population of the U S is roughly 314 MILLION

So far, we are told that the people signing up are. ONE, needing care, and TWO, most of those signing went on MediCaid .

BOTTOM LINE: U S Citizens are not slum dwellers, are not buying it and will find a way around it

Posted by xroadcop at 2:36 PM No comments:


This video ( 3 sections) is of the Big Sur Marathon.

BUT--after the 2004 Marine Corps Marathon, I developed atrial fibrillation. Got that resolved, and started having back problems. (Legs would go numb, severe sciatic pain in rt leg) .

So, I do the gym three times a week and miss the running

Posted by xroadcop at 5:41 PM No comments: