Tolerating the "Culture" of others.


There is a column at the bottom that backs up what I write here.

As a law enforcer in San Diego County from Nov 1974 to Oct 2001, I had several observations about the "Immigrants" coming from Central America and Mexico:

-- The most brutal man is the most Macho (to be respected and revered) . Many people do not know that the Muslims controlled Spain for 400 years, and some of their practices were carried to Mexico.
The Cartels use this as a strategy to intimidate others. This includes beheading and cutting off genitals before the victim is killed.

In Mexico, the law and policeman are not respected. Cities hire officers, but pay almost nothing because they know that he will shake down every person he contacts. If you "violate" a law, if you can pay "Mordida" you are on your way.
No Pay-You get put in jail, and in a couple of months, you get to try to prove that you are innocent
Secondly, if you don't have the money, and you can beat up or kill that police officer and "Get out of town", you have no worry, because there is no communications between law enforcers in Mexico.
Often, if you arrest someone from those locations, they will threaten you, just to be macho. I wish I had a dollar for every time one of them--in custody--told me, "I get my gun--I choot jou".

Another mark of Macho is how much alcohol you can drink and still walk--or drive a car. In Mexico, there is no law prohibiting driving while impaired.

It is common in Latin countries to be married and have a "Querida" (Mistress). If the wife questions or contests this practice, you slap her around until she drops the objection.

The age of Consent in Mexico in some provinces is 14. You wonder why these invaders pick minors to rape, then claim that she gave permission.


As far as their health practices, I got a big eye opener when I went to give blood for an operation on another officer's mother . At the San Diego Blood Bank in San Diego, they had a map on the wall of Mexico. There was a line--East to west about half way down. When I asked the technician what that was all about, she told me, "If someone comes in from there, we ask them to point to where they lived. If it is below that line, they can not give blood. Too many chances they are carrying some disease".


AS I said--These are my observations. Another observation is that in the 1950's and 60's, with the Bracero program, people came here to work. That program mandated that employers had to furnish housing and access to medical care.

That all changed when Clinton was elected.  With Ted Kennedy's help, the EMTALA law was passed.

The Emergency Medical Treatment and Active Labor Act (EMTALA) is an act of the United States Congress, passed in 1986 as part of the Consolidated Omnibus Budget Reconciliation ן9םAct (COBRA). It requires hospital Emergency Departments that accept payments fromMedicare to provide an appropriate medical screening eםוxamination (MSE) to individuals seeking treatment for a medical condition, regardless of [[Citizenship in the United States|citizenship]ש], legal status, or ability to pay. There are no reimbursement provisions.
Participating hospitals may not transfer or discharge patients needing emergency treatment except with the informed consent or stabilization of the patient or when their condition requires transfer to a hospital better equipped to administer the treatment.
EMTALA applies to "participating hospitals." The statute defines "participating hospitals" as those that accept payment from the Department of Health and Human Services, Centers for Medicare and Medicaid Services (CMS) under the Medicare program.[2] "Because there are very few hospitals that do not accept Medicare, the law applies to nearly all hospitals."[3] The combined payments of Medicare and Medicaid, $602 billion in 2004,[4] or roughly 44% of all medical expenditures in the U.S., make not participating in EMTALA impractical for nearly all hospitals. EMTALA's provisions apply to all patients, not just to Medicare patients.[5][6]
The cost of emergency care required by EMTALA is not directly covered by the federal government. Because of this, the law has been criticized by some as an unfunded mandate.

As a Private Investigator after my law enforcement career, I found that immigrants (Invaders) were very skilled at fraud. They applied for almost every benefit program.
While Asians arrive and apply themselves to speaking our language and learning in our schools, the culture of Hispanics is to resist assimilation, learning English, or becoming Americans

THIS STORY WAS POSTED THIS MORNING:

San Francisco politicians have blood on their hands.

My complaint involves the "elected Officials" of several cities that think it is perfectly
O K NOT to enforce current law.

(Aside: When I used to stop people for traffic laws-that sometimes evolved into felonies, if they told me the particular law that I stopped them for--the one that stands out was "Not wearing a seat belt"-- was a "Chickens**t law"-- my question to them was then.. "What other law would you have me not enforce? And, why stop there. Why should we enforce murder, robbery, and assault?" )

But my main complaint is the "Good Ol' General Public" .

I think the phenomena started with "Remote Wars". I mean Korea, Vietnam, Iraq and Afghanistan. Less than one per cent of U S citizens are in the military and are sent to fight these far away battles.

The lesson here for "Good Ol' General Public" was
IF ITS NOT HAPPENING TO ME... Its not happening .

Driving around San Diego County, going to many Hit-and-Run crashes, and having the story usually go like this:

I was driving down (fill in the road), going (fill in the speed) when this car came out and hit me. When it stopped, the driver got out and ran. The description is male Hispanic, about 18 to 25, 5 ft 8 in tall with black hair.

Around year 2000, there were around 4,000 cars,trucks, vans, and SUV's stolen from San Diego County alone.

My point is this: Although we were sending troops to foreign countries basically to be police officers as opposed to winning a war, although there were multiple hit and runs occurring daily with the usual suspects being probable illegal aliens, and no possible way the victims could recover the costs, or that the usual suspect would be prosecuted , and several San Diego residents coming out to empty drive ways in the morning, .....

There was NO OUTRAGE.

I formulated this truth.

Statics don't mean anything (To the Good Ol' General Public)  until they ARE one.
Posted by xroadcop at 2:55 PM No comments:

In 1968. I applied to the California Highway Patrol.

You applied, and were told to appear at an address to take a written test. Your score had to be above 70% and it related to your position on the hiring list.

You were then notified of a physical test, and given an address and time to be there.

You were notified of a Physical Agility Test, and an address of where it was given.
There were three arts:
1. Stand Flat Footed, make a mark on the wall as high as you could reach.
Then, crouch, and leap from flat-footed, and make a mark on the wall AT LEAST one foot higher than your first mark.
2. THREE Pull ups.
3. 23 sit ups with in 30 seconds.

You were then notified of an oral interview by three people in or associated with the CHP. Your questions and answers were recorded, and were given to your background investigator.

Your background investigator researched me back to the third grade.

Women were hired as officers after pressure from the Federal Government.
The big hammers the Feds use are:
(1)--We will cutoff any Federal; money you get.  (2)--We will get a Court Order against you saying you can't hire any men until you reach X per cent female Officers.

Some could not pass that agility test, so a few failures sued, A whole new test was designed--that they could pass.

An Asian person from San Francisco was shorter that 5' 8" tall. He sued in Federal Court, alleging that the height requirement discriminated against Asians.
(The height requirement was there to insure that you were able to physically match your average resister out there on the highway/freeway)

Related but of another Government disabling of  competency.

When Obama began appointing Cabinet members after his 2008 election, it seemed that every one of them had an un-prosecuted offense in their history.
EXAMPLE: A Secretary of Treasury--that had not paid--and essentially cheated on his taxes.

My first thought was: They did not do good background checks.  Then, it hit me: They had. They found the offense, had proof, called in the person and said A La Al Capone." We know you did ______. You are going to take this job. We will tell you how to do it. If you refuse, we will prosecute". 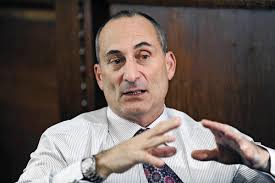 And in the General election,
Russell A. Neverdon Sr.

It appears that we are playing a game of "Let's Pretend".

Let's Pretend that the person has all the physical and mental capabilities necessary to be educated to perform all tasks related to the job.

Let's Pretend that the person is competent to DO that job.

Necessary requirements:
Slavish fanatical allegiance to the Democrat Party.
Strict silence on all/all  of any observed violations of laws and civil rights ( IRS vs Tea Party, BLM vs Ranchers, EPA vs Coal)