Cops are not always mean


By Christina Ng@ChristinaNg27Follow on Twitter
A struggling Florida mom who was caught trying to shoplift hundreds of dollars of groceries ended up with food and a ride home from a kind-hearted police officer, instead of a ride to the stationhouse.
When Miami-Dade Police Officer Vicki Thomas, 55, was dispatched to look into a shoplifting case at a Publix grocery store, a store manager led her to Jessica Robles.
“She was crying. I said, ‘Okay, what did she take?’ And he pointed to a grocery cart that was full of groceries,” Thomas told ABCNews.com. “I’ve been on [the job] 23 years, and I went, wow.”
“She just filled up the grocery cart and she just walked out, which shocked me and I asked her, ‘Why?’” Thomas recalled. “She said, ‘My children were hungry.’ And that immediately impacted me.” 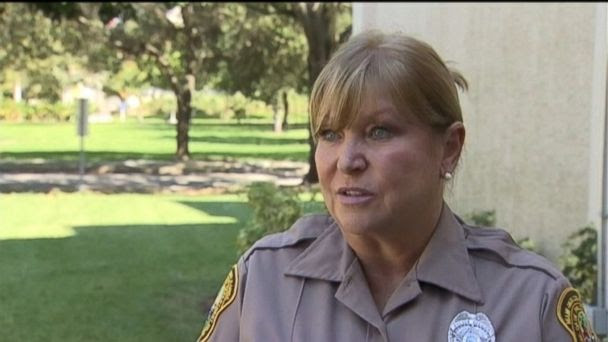 Miami-Dade Police Officer Vicki Thomas bought $100 worth of groceries for a struggling mom who was caught shoplifting food she said was for her children in Miami-Dade, Fla. (Courtesy of WSVN)
Thomas said Robles told her through tears, “I’d love to be able to tell you I’ll never do this again, but I can’t because my children are hungry.”
“My grandchildren flashed before my eyes,” Thomas said. “I knew at that time what I was going to do. I knew I was going to buy her groceries.”
Thomas and her partner took the woman to their car, completed her paperwork and then Thomas asked her to wait a few minutes.
“I grabbed my debit card, ran back into the store and bought things that would sustain her for a week or so and when I walked out she saw that I had the cart of groceries and she burst out in tears and asked if she could hug me, which is kind of unusual for the suspect to be hugging the officer,” Thomas said with a laugh. “I let her hug me.”
Thomas made it clear that she technically arrested Robles. The woman had no priors for shoplifting and since the amount of goods she tried to steal amounted to just under $300, the cut-off for a misdemeanor, it was up to Thomas’ discretion whether to arrest her or give her the misdemeanor and get a promise to appear in court. She chose the latter.
The woman didn’t have a car, so Thomas loaded the $100 worth of groceries into the police car and the officers gave her a ride home.
“I’m a full-service cop,” Thomas joked.
At Robles’ house, Thomas met two of her three children.
“She went into the house and said, ‘Come outside. The officer bought us groceries,’” Thomas said. “They came outside and they were helping us bring the groceries in, going through the bags asking, ‘Can I eat this? Can I have that?’”
“I honestly didn’t know the magnitude of how bad it was until later,” she said. “We got the groceries in and I got back in my car and took the next call.”
Robles could not be reached for comment.
Thomas hesitantly admitted that she has done good deeds for people she encounters on the job “a lot,” such as buying meals, but admitted this was an unusual case. She said it’s not uncommon for police to go above and beyond their required duties.
She recalled an incident where her sergeant arrested a woman’s husband for domestic violence and the woman didn’t have any gas in her car to go to her mother’s house. The sergeant put $80 of gas in the car.
“We do it silently,” Thomas said. “The victims know and I figure she’s the one that mattered. I just don’t normally buy subjects groceries.”